No treatment is 100% harmless.

It is wise to stop aggressive disease-focused treatment when the risk or burden outweigh benefit, according to palliative care specialist Dr E. Divakaran. While no patient should be abandoned by the healthcare system, the treating physician has a moral obligation not to prescribe a treatment which is not going to benefit the patient and at the same time cause lot of harm for that patient.

Recognising his dedication and impact, Kairali television recently awarded Dr Divakaran’s outstanding work in the field of palliative care; he has received numerous awards and recognitions for his selfless service.

Dr Divakaran said it is important to have a law in place to protect patients and practitioners against futile treatment. “A law that enables withholding and withdrawing support at the right time to protect patients from avoidable suffering can ensure compassionate end of life care.”

The Law Commission of India, in 2012, said “passive euthanasia” should be allowed on humanitarian grounds and for protecting doctors who genuinely act in the best interests of patients. The draft bill (241) became controversial due to an unintended wrong terminology; the word ‘passive euthanasia’ was used to describe the procedure of withholding and withdrawing life support which are deemed to be  futile.

A nearly 30 years old realisation ‒ that modern medicine was disease-branding patients and compromising their personhood ‒ propelled Dr. Divakaran in a new direction and palliative care became his life’s mission. Recognising his dedication and impact, he was recently presented an award by a television channel; he has received many awards and recognitions for his selfless service.

The year was 1993; Dr. Divakaran, son of popular Malayalam poet Edasseri Govindan Nair, who was studying Anaesthesiology at the Calicut Medical College got introduced to the idea of pain relief. With mentors like Dr. M.R. Rajagopal, then his professor, his path towards compassionate care was clear and concrete. He plunged into palliative care even before the start of his career as an anesthesiologist.

Dr. Divakaran said the ill-effects of modern medicine on patients and hierarchical flaws in the profession made him become a part of the solution and a change maker rather than continue as part of the problem.

“The medical fraternity largely believes their duty is to preserve life at any cost. Doctors have to accept that at some point their attempts to save lives could push patients towards more suffering and much risk.” He said it is common to see doctors carry on with life-sustaining treatment on elderly patients in spite of multiple organ failure and other complications.

“The practice of palliative care globally improved lives of many patients with serious illnesses and the World Health Organization (WHO) recognised and promoted it.” The WHO defines palliative care as an approach that improves the quality of life of patients who are facing problems associated with life-threatening illness and their families, through prevention and relief of suffering by means of early identification, correct assessment and treatment of pain and other problems, physical, psychosocial or spiritual.

He said it was the Canadian urologist Dr. Balfour Mount who coined the term Palliative care from the Latin word ‘pallium’ meaning ‘to cloak’ or to ‘cover’. Even if the disease can not be cured we can protect the patient by cloaking the patient from the distressing symptoms of the disease .  Palliative care is not only about removing suffering at the end of life, said Dr. Divakaran. “It is not something to be practised when cure ends; it is the alleviation of suffering very early in the treatment process, starting at diagnosis.”

He said Kerala has 1,000 panchayats with one trained auxiliary nurse in each, who takes care of about 400 patients a month.  “At least 70% patients in need get basic palliative care from these nurses. The rest are taken care of by non-government organisations (NGOs) working in the field.”

Mostly people take care of their elders in Kerala when they are unwell, with a few exceptions, he said. A sad case in Thrissur was of an 80-year-old woman who had once been hired to look after an elderly man. Years later, she was found bedridden, without clothes, soiled in urine and faeces, and bed sores crawling with worms. The man she was taking care of was old and mentally incapable of looking after her, or even seeking help. This continued for a couple of months until neighbours noticed a foul smell from the house and called Dr. Divakaran’s palliative care centre. Volunteers found them in a very sorry state. They gave her a bath and took care for a week until she died peacefully, with dignity.

Dr. Divakaran said integration of palliative care into mainstream medical practice is happening in many states in India, particularly in Kerala, but for it to become systematic and total, minimum standards should be set. “For this, we need proper quality assessment systems and benchmarks for minimum and mandatory quality standards.”

Palliative care is now a part of the undergraduate medical curriculum in India, but there is a need to train the trainers for meaningful education to take place, he said. All doctors, nurses and paramedical staff should be trained systematically. The government can enforce this by offering special increments to those trained in palliative care, which will encourage medical professionals to join refresher courses and get themselves the necessary training while learning the principles and practice of palliative care. “Another deficit is maintaining quality in institutions, professionals and volunteers,” he said. The government must pass relevant orders to ensure access to timely and quality palliative care to every person who needs it, where they need it, irrespective of the kind or stage of disease.

One response to “Need Palliative Care Experts as Lawmakers” 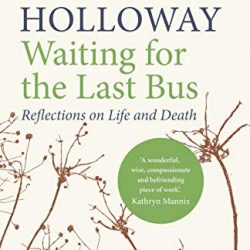 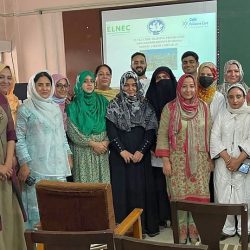