Pallium India hosted a webinar titled “A Conversation about the Hidden Faces of Grief“, on the 24th of August, 2021. The event was organized to commemorate the death anniversary of Dr Elisabeth Kübler-Ross.

If you could not join the webinar or would like to watch it again, click here for the recording.

Introducing the session, Smriti spoke about how important it was to acknowledge grief, death and dying. A year ago, Pallium India had organized a webinar on “Why We Need to Talk About Death and Grief“. Those were the early days of the pandemic. Just when we thought things were getting better, came the devastating second wave, exposing us all to various forms of grief and loss. Smriti said, “Today’s conversation is about aspects of grief that we don’t hear about very often, from communities and demographics that don’t usually have a platform to express what grief feels like for them.”

“Grief creeps up in various ways. There has been a certain level of healing that has not taken place,” Faye reminded us. “There is a mental health pandemic underway.”

Dr. Alka brought attention to the different kinds of suffering faced by the elderly. She narrated an incident of elder abuse, due to caregiver burnout. “Older people have the right to dignity. Grief can be losing that sense of dignity, the absence of autonomy and failing health.” She also advises, “find the problems of the caregiver.”

The LGBTQIA community have their problems magnified at the time of the pandemic. “It’s hard to articulate what grief means to us,” said Kumam. “The double trauma of blame – first because of your sexuality and then the virus; the continuous harassment in hospitals, clinics. The lack of visibility for the community: we do not speak about dignity, justice, visibility. Grief for most trans people is being shamed even after death.”

Helen described how children are affected due to COVID19: the loss of routine; the loss of childhood. “Children are privy to adult discussions that any normal five or six year old should not be exposed to. They throw tantrums about seemingly trivial things; that is their way of expressing their grief. School was a safe space that was their own, but that is now gone.”

Smriti pointed out how we forget the “invisible patients” – the elders, the children; the people we miss when we are focussed on the “real” patient.

In her closing remarks, Faye said: “It is important to be vulnerable. To show children, colleagues and teammates that you are human. To ask for help.” 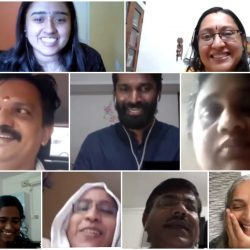 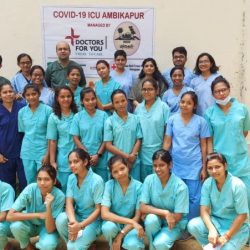 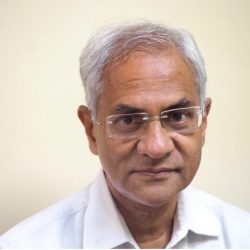 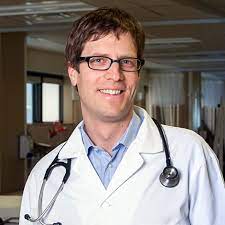