‘She will die and I will not be there with her,’ this thought was so frequent in my mind that I was not able to concentrate on anything.

My role as a caregiver for my aunt (mother’s sister) was tough on me. I was initially in denial when she was diagnosed with terminal stage IV ovarian cancer with extensive metastases and lymph node involvement.

From childhood, I was a hero to my aunt and, the one who she cherished most, more than other children in our extended family.  I never knew the meaning of the word caregiver, nor did I ever try to learn about cancer.  Cancer was just a term that I knew from my work in the medical field but never dealt with personally.

My aunt came to Chandigarh from Patiala, Punjab when she was diagnosed with abnormal growth in her uterus.  Her tumor markers were very high.  I took her to PGIMER for a detailed checkup. Immediately upon her arrival, a doctor glanced at her preliminary reports and told her that she had advanced cancer and her chances of survival are bleak.

I was very upset with that doctor. Why did he tell his patient all that in such a blunt manner! The doctor is supposed to break bad news gently. There was a procedure to be followed, which wasn’t in her case. After hearing the doctor, my aunt was so distressed that she lost all hope.

I tried to comfort her. I told her that no doctor could diagnose or predict her chances for recovery before seeing her biopsy reports and other scans. I desperately wanted to give her hope. I promised her that I would try and find every possible treatment option for her.

Soon biopsy results came with unfavorable results and an uncertain future for her.  She was given palliative intent therapy.  She was suggested only radiotherapy as she could not tolerate chemotherapy due to her frail state.

My aunt has three children, a son and two daughters.  Daughters were not much involved in taking care of her. The son lived abroad and was not willing to see her unless there was a crisis. On the other hand, my aunt had much affection for her only son and was hopeful that he would return to take care of her.  My aunt’s husband behaved strangely. He said he did not want to spend any money on her as he thought it was total waste since she was not going to make it.

As my aunt had taken care of me in my childhood, I took the responsibility for her treatment, and volunteered to be the primary caregiver.  I took her for radiotherapy, emergency room visits, and other doctor appointments when she was with me in Chandigarh.

One day in the emergency room my uncle told her that their son would not be coming from abroad as they had spent a lot of money sending him there for his future.  After listening to it, my aunt was so shocked and went numb and speechless.  She never ever spoke after that, not until her death.  She also refused to eat and they had to put a feeding tube.

I left my work and was with her all the time. I was stressed and incapacitated. I didn’t know how to comfort her.

Soon her family decided to take her to their hometown in Punjab and let her fate decide what was best for her. I opposed this, but had to eventually give in.

Since I didn’t want to abandon her, I left my home and went with her to Patiala and started taking care of her.  I tried to talk to her, but to no avail.  She was always silent.  I tried to cheer her by cracking jokes and narrating stories from my childhood days with her and told her how I appreciated her love and the way she cared for me when I was a child. That was a really traumatic time in my life as I was not getting any response from her in spite of my best attempts.

Whenever I had to go to Chandigarh for some work, I was in constant fear that I may not see her again. I worried that she would have to die surrounded by people who did not really care for her.

During one such trip to Chandigarh, I got a call that her condition was getting worse.  I rushed to Patiala.  I was relieved to see her alive. I couldn’t have asked for anything more from God.  I sat by her side and comforted her. She passed in my arms.

The incident made me realise my life purpose. I decided I would help people like my aunt, who loved and lived for their family but were abandoned by them and the society due to their illness and suffering.

In the ensuing years, I realised that many family members take care of their loved ones with compassion. All such family caregivers also need help and support from others from time to time to be able to provide the best form of care they possibly can, without suffering caregiver burnout. In this context, I believe palliative care provides for a support system to the caregivers.

(Our thanks to Sindhu S., our volunteer, for editing support.) 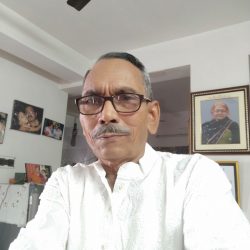 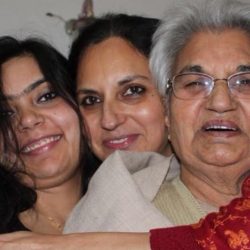 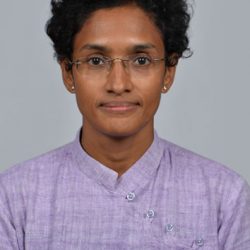 “Palliative care ensured that both my mother and I are given importance. It gave me a purpose to live." Ashla Rani is featured in the Global Atlas of Palliative Care 2nd Ed. 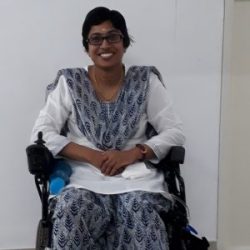