The time has come to take a pledge to ensure palliative care to all human beings irrespective of caste, creed, economic status, or religion.

Every human being has the right to access affordable healthcare. In spite of improvement of our healthcare system, inequalities of socioeconomic status, geography, gender, and caste still exist.

According to a study, 55 million in India are pushed into poverty each year due to high health expenditure. The scenario of health infrastructure is worse in rural communities. Healthcare system in India today suffers from low quality care, corruption, unethical care, lack of awareness about palliative care, overcrowding of clinics and hospitals, and shortage of medical professionals including nurses.

Social justice involves the concept of equality and human rights, and bringing them to the lives of individuals facing inequities based on gender, race, religion or age, specially the elderly and the children. Social justice in healthcare can be provided by training nurses to advocate palliative care, deployment of virtual care, telemedicine, and online conversation with primary caregiver as during Covid 19. During this trying time, healthcare providers have supported patients even when the healthcare providers were so few in numbers. I too have witnessed spouse-caregiver go through trauma after losing loved ones to cancer during the pandemic.

I once had a conversation with a woman from a tribal community who had breast cancer and was undergoing palliative care. She worked as a farm labor for a living. She could not disclose her disease to her community apprehending that she would be regarded a witch and would either be driven out of the community or be beaten to death. Her main concern was her six-year-old daughter.

A counselor by profession, I had conversation with two terminal cancer patients and their wives. They said their close relatives did not support them. The families had to face their challenge alone. The wives shared their journey with me which made me wonder if we humans are indeed human.  Still in bereavement, I am in touch with them.

I took a survey of cancer patients registered in five government hospitals, which revealed that only 1.78% of them had access to palliative care at the end of their life, which should in fact have been started from the beginning, from the diagnosis itself.

A major achievement for the end of life care and palliative care advocates in India was the amendment of Narcotic Drugs and Psychotropic Substances (NDPS) Act in 2014 that helps terminal patients access to opioids without which horrendous pain of cancer (66%), major trauma, and surgery cannot be managed.

According to the World Health Organisation (WHO), one in 10 individuals develops cancer and one in 15 die of the disease highlighting the perils posed by the illness. The Economic Survey 2019-20 shows the doctor-population ratio in India as 1:1456 as against the WHO recommendation of 1:1000.

The time has come to take a pledge to ensure palliative care to all human beings irrespective of caste, creed, economic status, or religion. There should not be discrimination against marginalized communities. Universal health coverage includes palliative care, and an improved medical infrastructure to enable an all access healthcare, keeping social justice in focus.

(Our gratitude to Sindhu S for her help with editing the article.)

Listen to Pranab Basu share his experience on being a caregiver for his wife:

3 responses to “Healthcare is a universal right”

Elisabeth Kübler-Ross Foundation announces their next education program: Life, Death and Life after Death, an 8-week series on death, near-death-experiences (NDE) and multicultural spirituality from a variety of international speakers. 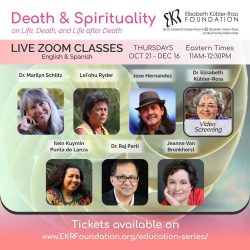 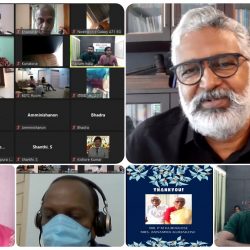 WHO releases resources on assessment of palliative care and quality

On the occasion of World Hospice and Palliative Care Day (October 9, 2021), the World Health Organization (WHO) launched two new resources on assessment of palliative care and quality. 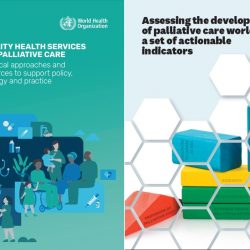