I first came across Dr B. J. Miller a few months ago, when I listened to his TED talk titled “What really matters at the end of life”.

“What a remarkable man,” I thought, “and what an incredible story!”

Anyone who has seen the video cannot miss the fact that B J Miller is a triple amputee. When he was in college, B J Miller lost three of his limbs as the consequence of a whim to climb on the roof of a train. He was electrocuted. The doctors had to remove both his legs, just below the knee, and one arm.

Over the next few months, he continued to live with his three stumps, struggling to not yield to the isolation surrounding him, and discovering ways to keep himself connected with the world. The day he learned not to cover his stumps any more, he says, was his day of independence. He realised that the “exquisitely engineered artificial limbs” were something to be proud of.

He went to medical school and discovered palliative care. To me, it seems so evident that a doctor who has travelled such a journey would be so much more able than one like myself, to identify with his patients and to relieve their suffering.

Dr Miller is featured in a recent article in the New York Times titled “One Man’s Quest to Change the Way We Die“.

The article follows Dr Miller’s life from the time of his accident to being the executive director of a small, pioneering hospice in San Francisco called the Zen Hospice Project, and introduces Randy Sloan, a young tech who had volunteered to take up the challenge of retrofitting a bike for B J Miller. Sloan later became Dr Miller’s patient.

There were two islands of happiness where I wanted to stand up and shout “Hurray!”. The first was when Miller narrated how a nurse, totally illegally, brought in a snow ball for him while he was isolated in a sterile burns unit. That snow ball, he felt, connected him with the universe, which, entirely from a point of view of safety, the hospital was trying to keep out, not quite recognising how totally disconnected with everything he was in there.

The second was the dinner that Randy Sloan and his father shared, just 36 hours before the former died.

But let me not get ahead of the story. Do read the article in the New York Times.

Kerala, the state that reported the first case of COVID-19 in the country, has been appreciated globally for its health system preparedness to address the pandemic. 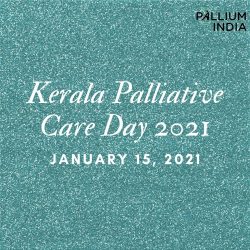 On the 7th of January 2021, we at Pallium India had the privilege to hold a 2-hour sensitization session for 95 doctors and nurses from ESI Kerala. 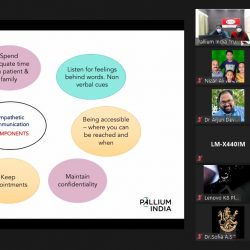 The Year that Was 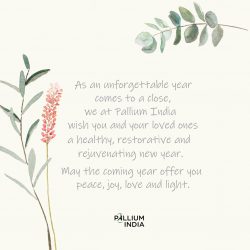 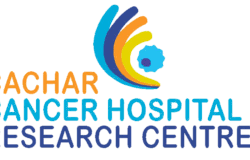