Watch these videos to know how palliative care improves the life of people with serious health related suffering. Contact us to know more about palliative care and the support we offer: 860 688 4889 / info@palliumindia.org

English Subtitles have been inserted by Pallium India.

Danny Raja has been receiving palliative care for several years. Now that his father has been diagnosed with cancer, the family has been struggling to make ends meet.

An accident at sea caused Arlose to become paraplegic. After his parents died, life became even more challenging to Arlose.

Rema had a fall 17 years ago that led to paralysis of her limbs. Her son had to drop out and do odd jobs so the family could survive. After receiving palliative care support, their situation has significantly improved. The young man has completed his education and is now earning an income.

While on a picnic with his daughter and nephew, Biju slipped and fell. In that fraction of a second, his life changed, his dreams shattered, and he is now in a wheelchair.

On his way back from work one day, Joy Jose Fernandes collapsed on the road. A stroke left him paralysed. The family’s livelihood came to a stand-still. Their lives changed for the better after a palliative care volunteer brought their plight to the attention of Pallium India.

When he was 18 years old, Noyal Nelson was diagnosed with a rare disease that affects the muscles. By the time he turned 25, he was unable to walk. After 16 years of being completely confined indoors, Noyal met Pallium India. See how his life changed after that.

After contracting polio when she was 18 months old, Mary Thresia lost the use of both her legs. Her sister is a cancer patient and her mother is visually impaired. Pallium India is their only source of support.

Following an accidental fall from the top of a building, Jyothikumar was paralysed. He had to depend on his aging mother to take care of him. See how his life has improved after he encountered palliative care.

Baby and Bhaskaran had raised their five children with their meagre wages, but in the twilight of their lives, they are abandoned and alone.

Rajesh Kuttichal says he got the confidence to sing thanks to the encouragement he received from Pallium India. Listen to his beautiful voice. Know his story.

Ajikumar works magic and reaches for his dreams from the confines of his wheelchair. His talent knows no bounds.

Maya’s life has been full of challenges – she lost her husband and became homeless, while having to take care of her older son, Kichu. Their financial woes have made her younger son drop out of school to support the family.

Meet Shyam Kumar, a student, a cyclist, a skating enthusiast and much more. An inspiring person, who is also a friend of Pallium India.

Meet Satish from Nedumangad, a palliative care recipient and a friend of Pallium India, who runs a shop to earn an income. 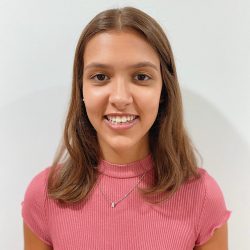 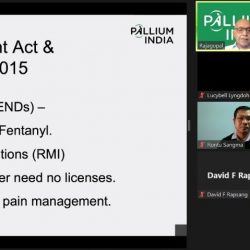 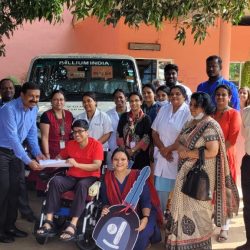