CUTTACK: The recent announcement of the Union Health Minister Ambumoni Ramadoss approving use of methadone, an opioid and a painkiller, in HIV patients who are addicted to heroin has got pain and palliative care experts quite excited.

While appreciating the move as one that would alleviate not only the sufferings of the HIV patients but also act as a de-addicting mechanism for heroin addicts, the experts have called for allowing use of the drug in cancer patients.

Palliative care is an integral part of both HIV and cancer care as it works towards controlling symptoms, particularly intolerable pain caused by the diseases as well as treatment.

Methadone is cheap and very effective as a painkiller and thus can be used by the whole gamut of cancer patients requiring pain control medication.

Methadone, considered one of the safest opioids, also has neuropathic control properties. So the need to combine it with other drug, as in the case of morphine, is not required.

According to President of The Indian Association of Palliative Care (IAPC) Dr. Sukdev Nayak, although it is on the essential drugs list of WHO and the International Association of Hospice and Palliative Care, the Drugs Controller of introduction of methadone in other countries has improved health care with regards to cancer and HIV pain and actually decreased diversion or abuse.

While cancer prevalence in India is between 40 to 50 lakhs of whom more than 8.5 lakh die each year, around one million new cases are reported annually.

In Orissa, the number of cancer patients is estimated to be around 1.8 lakh with 60 to 70,000 new ones added every year.

Over 80 percent of the cases are diagnosed only in late stages where palliative care is most important to enable the patients live life as normally as possible.

Interestingly, India produces 36 percent of the legal annual global opioid production, which includes methadone also. But all of it is being exported. An estimated 36,500 kgs of opioid are required for cancer patients in a year in India which can be met easily.

‘‘But despite being the world’s pain reliever, India’s own cancer patients live and die in great suffering’’, Dr. Nayak added.

The IAPC president has written to Ramadoss to consider the facts and allow use of methadone in cancer pain control therapy in the country.

Currently there is no State Palliative Care Policy in Nagaland but it is encouraging to see that a group of committed palliative care doctors have come together to provide palliative care services using the locally available resources. Report by Pallium India's State Facilitation team. 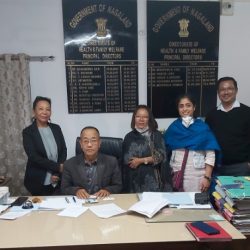 The Year that was…

Pallium India - the year that was 2021. The achievements, the milestones, the little steps we took as a team, in our mission to alleviate health related suffering. 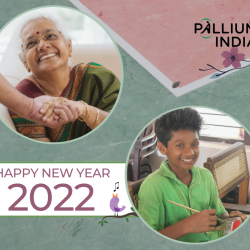 Pallium India’s new theme song was introduced as part of its 18th anniversary events, on December 15, 2021. 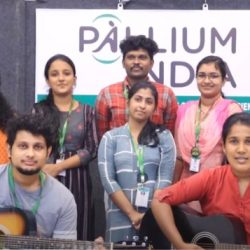 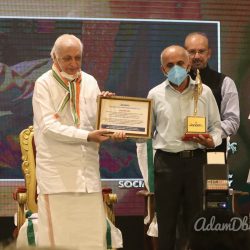