Sikkim is one among the last few states in India to resolve for making opioids accessible to suffering patients within the state. Pallium India is glad to be associated with several recent palliative care initiatives in Sikkim.

In September 2021, we had conducted an opioid accessibility workshop. In November 2021, our team visited the National Health Mission (NHM) in Gangtok and met the Director General plus Secretary and the NHM officials.

In the South district hospital – the clinical service is being rolled out by Dr Sangeeta Subba, PC in-charge, and a volunteer, Anju. Our team had a fruitful discussion with the Chief Medical Officer, Dr. D.C. Sharma, of Namchi District in Sikkim.

After a full day travel on Nov 21st to reach Rumtek, we started our first meeting at Rumtek Monastery on 22ndst November 2021, where we met the Head of the Monastery Karma Hozer Rabten and the Head of the Community Karma Dolma. Pallium India team requested the Head to have a sensitization session for their community in the coming months. The small clinic they had was well maintained by two GNM nurses.

In the photograph you see the Head of Rumtek monastery, Karma Hozer Rabten and a volunteer Phunsuk (who experienced the need of palliative care in her family and undertook Pallium India’s Foundation Course) with Shalini AJ and Rontu Sangma of Pallium India.

We are grateful to Donald Ross, founder of Nalandabodhi (US based NGO) who gave us this valuable connection.

The meeting was attended by officials from NHM, CHSO, Drugs & Cosmetic Cells and doctors from New STNM Hospital and District Hospitals. Pallium India team requested the department on behalf of Rumtek Monastery in charge to conduct and sensitization for the residents of the monastery on palliative care and services available in Sikkim. Two NHM doctors agreed to visit Rumtek monastery and conduct a sensitization session. Our regional coordinator, Rontu Sangma, will be facilitating that in the near future.

Pallium India team on 23rd November paid their last visit to Namchi District Hospital for an official meeting with the CMO South, Dr.D.C Sharma and DM.S, Dr.S N Adhikari along with other members of the palliative care in regard to initiate the palliative care services in all districts of Sikkim under the guidance of Pallium India in collaboration with Health and Family Welfare dept. of Sikkim government. Dr.Sangita Subba, Consultant Medicine and a Master Trainer in palliative care management for the south and west district took us along with few volunteers for a home visit to a nearby area where a patient of both kidney failure resides with his family of wife and two sons. The team sat with the patient and assessed his problems related to his ailment. The counselling was done and the plans to support him in all possible ways was noted down.

Ms. Anju Pradhan, Director of Skill Campus invited us to visit their educational institution. Pallium India team felt elevated to meet the students of Hotel Management and had a brief sensitization session with the young students there.

All these meetings was conducted to provide better palliative care services in Sikkim for alleviation of health related sufferings due to terminally ill patients and to facilitate palliative care into mainstream health care delivery by ensuring that every person has access to effective pain relief and quality palliative care.

Akshaybhasha, an organization created by Dr Bhagyashree Barlingay, teamed up with Pallium India for advocacy and fundraising by conducting a very successful Bharathnatyam performance in Phoenix on 9 October 2022. 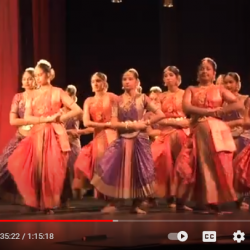 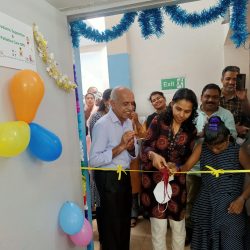 Kerala's experience with community participation in palliative care was shared by Dr M R Rajagopal in a virtual presentation at 'Hospice UK conference' on 23 November 2022. 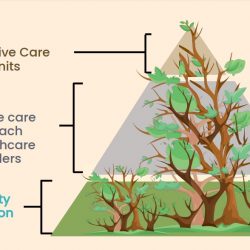 Anu Savio Thelly, nursing consultant, made a brilliant presentation at the Hospice UK conference on 22 November 2022. 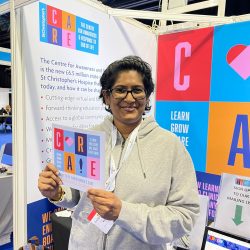